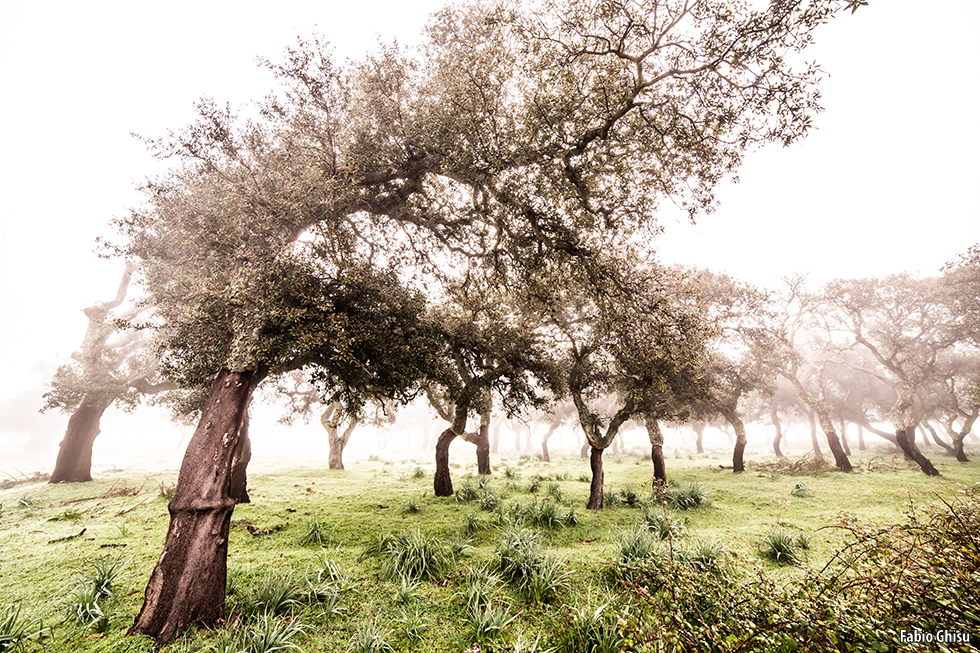 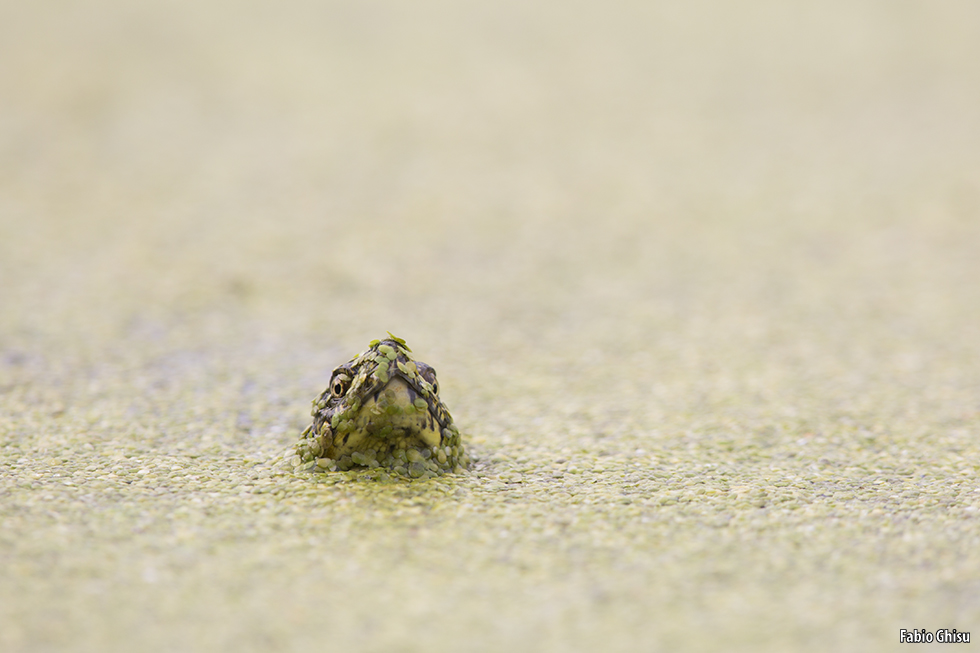 Turtles are mighty animals!
Emys orbicularis | Sardegna | March 2020
They are so strong to survive the Cretaceous–Paleogene extinction, that one of the dinosaurs. Nevertheless many turtle species risk not being able to overcome the Anthropocene. Sea turtles swim in a plastic sea, between fishermen nets and hooks. Freshwater turtles must survive the destruction of their habitat and the introduction of alien species. Tortoises become old only if they do not end up in some private garden as a pet, or crushed by a car. In short, homo sapiens represents a danger for every living species of this planet, including the strongest!
> Continue 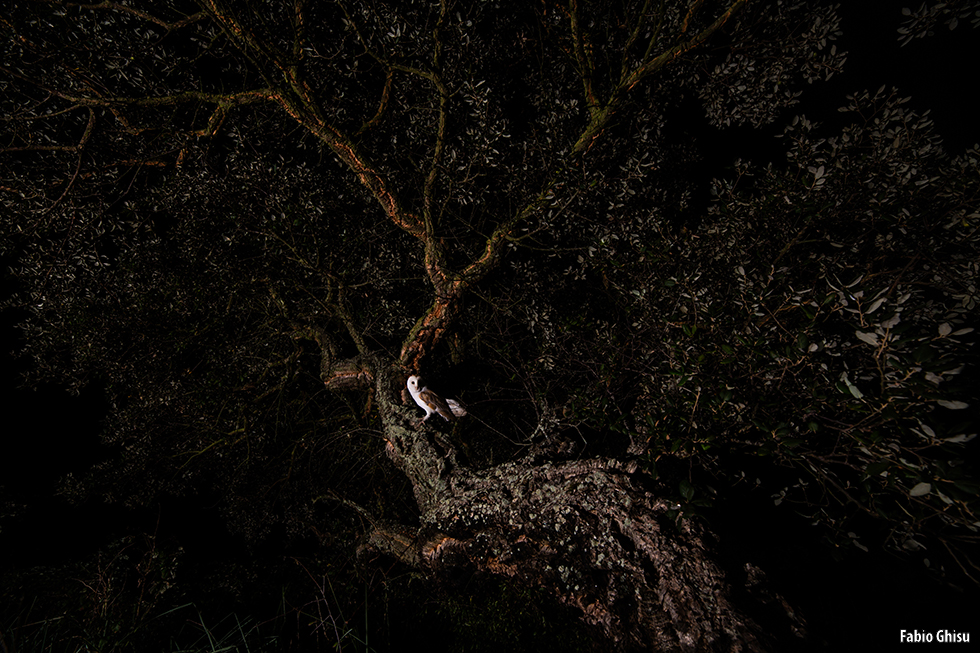 How do you call the Barn Owl?
Tyto alba | Sardegna | November 2020
People from different part of the world call this splendid nocturnal bird with different names, often associated with myths or legends that interpret its nature in a dark and mysterious way...
> Continue 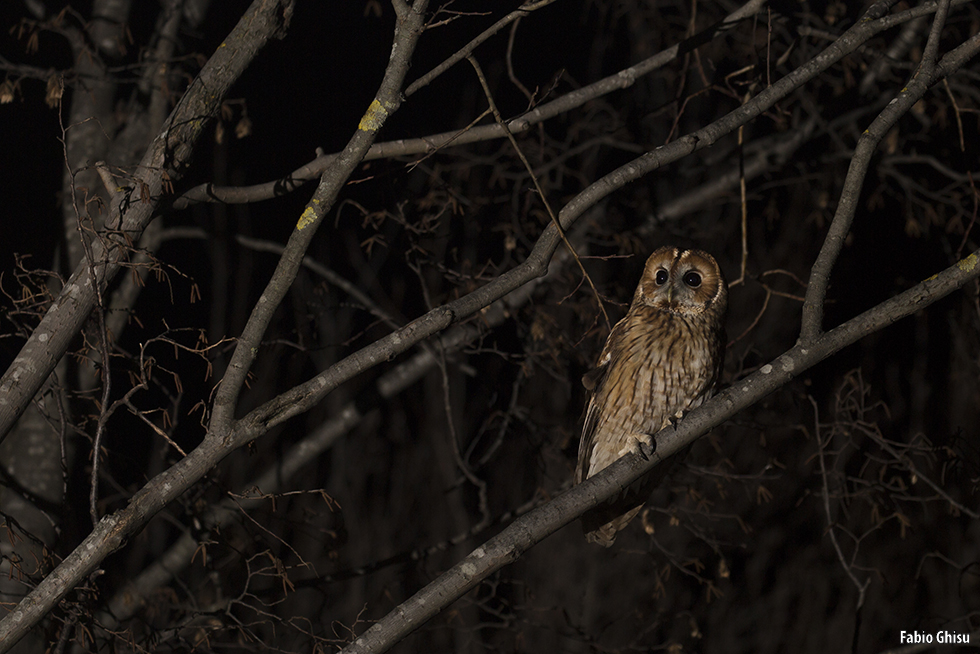 The tawny owl
Strix aluco | Trentino | January 2020
The tawny owl has a plumage that allows it to camouflage perfectly in the woods, in fact its patterning may seem like the bark of a tree. The color, however, may vary depending on the specimen. It is possible to observe reddish, grayish tawny owls or a mixture of these colors although they are of the same species.
> Continue 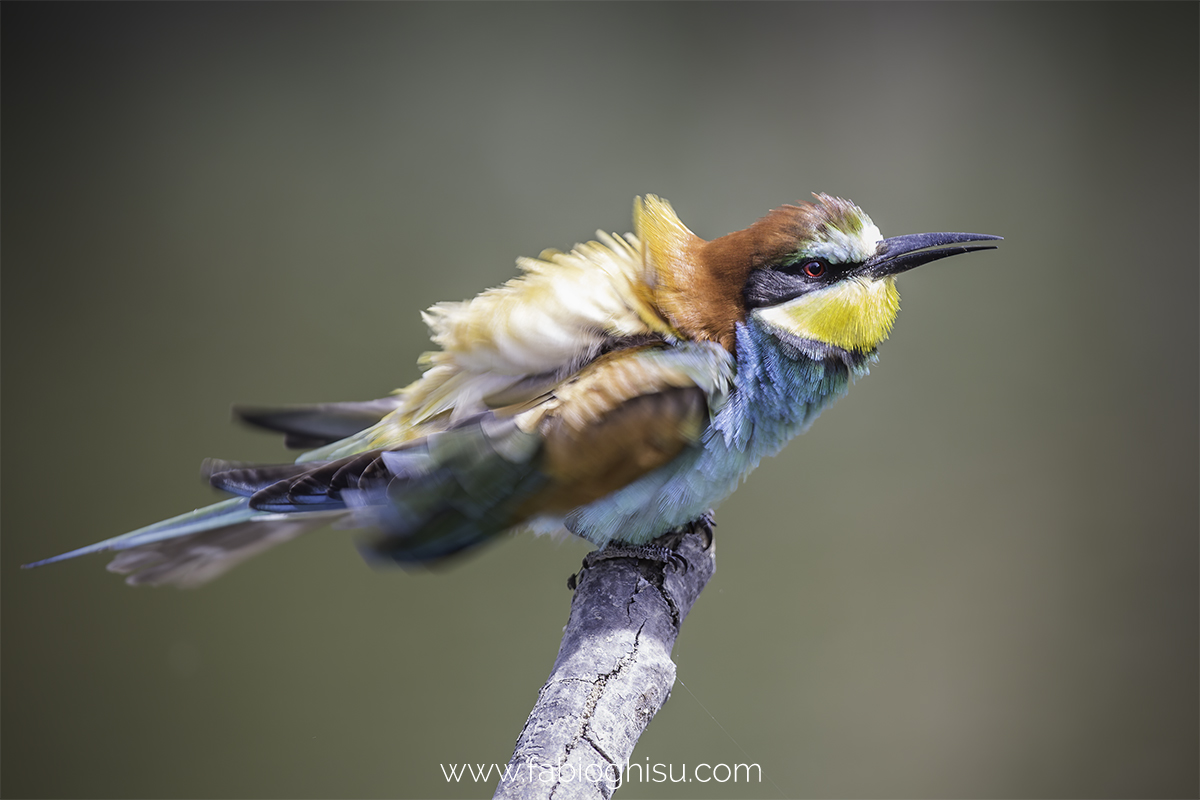 The bee-eater
Merops apiaster | Sardegna | May 2019
The bee-eater is a colorful migratory bird, nesting in Europe around the Mediterranean basin and wintering in sub-Saharan Africa. It is a great eater of bees, dragonflies, cicadas and other insects. It lives mainly in plains and hills, along rivers and countryside areas.
> Continue 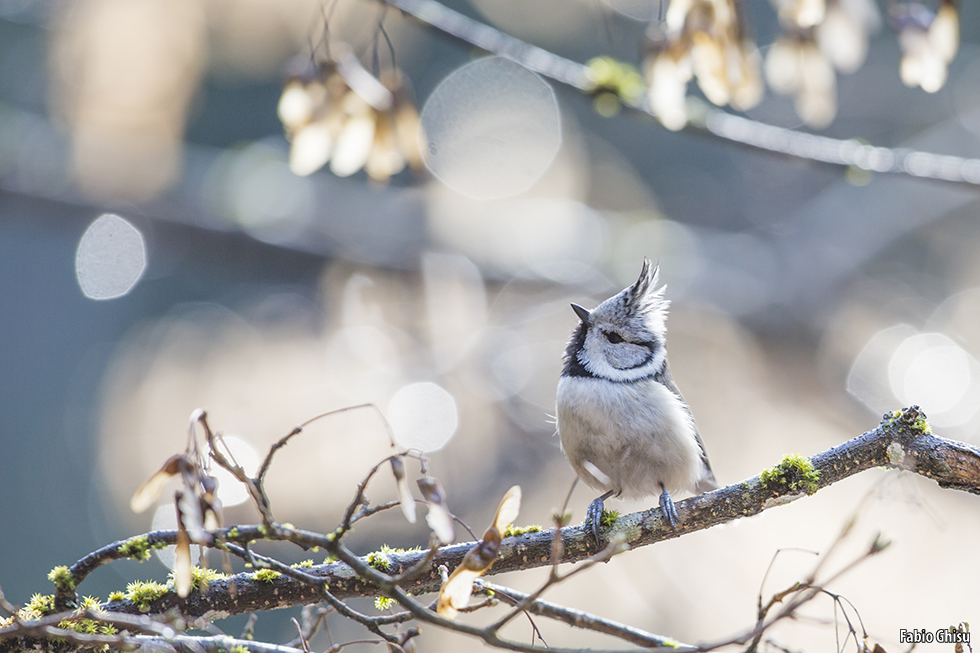 Crested tit
Lophophanes cristatus | Trentino | April 2019
The tits are a family of birds with significant food needs, in fact, every day they must consume a quantity of food roughly equal to their weight. So they spend the whole day looking for food. Their diet is composed by insects, including caterpillars, spiders and flies, and by vegetables, fruit, berries and seeds. The crested tit has the habit of storing excess food between the bark or in the midst of lichens.
> Continue 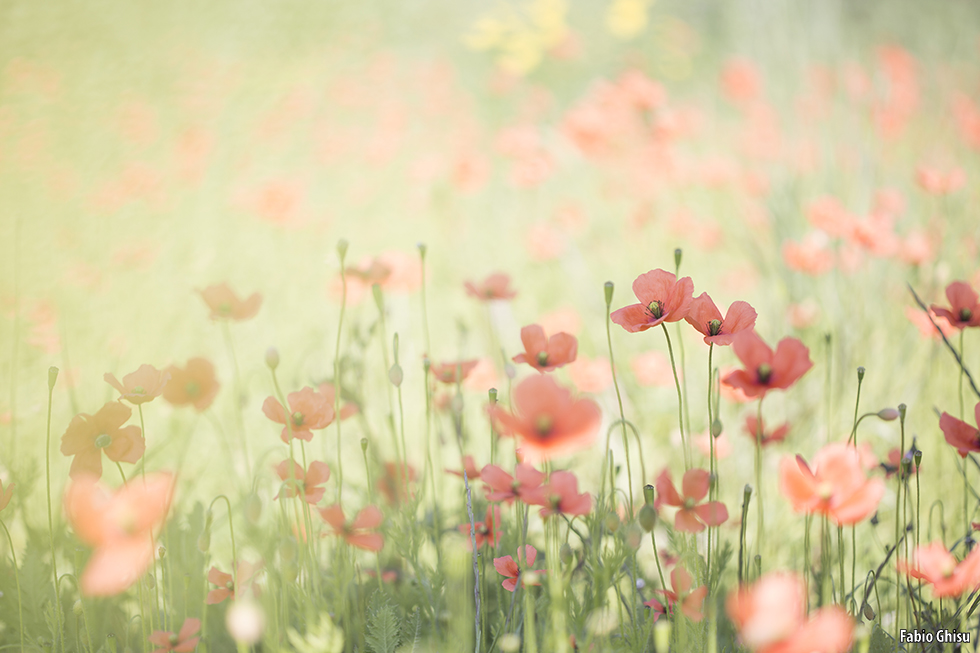 poppies
Papaver rhoeas | Sardegna | April 2019
A legend tells that Genghis Khan, the Mongol emperor, always carried poppy seeds which he scattered on the battlefields after his victories, in memory and respect of those who had fallen there with honor.
> Continue 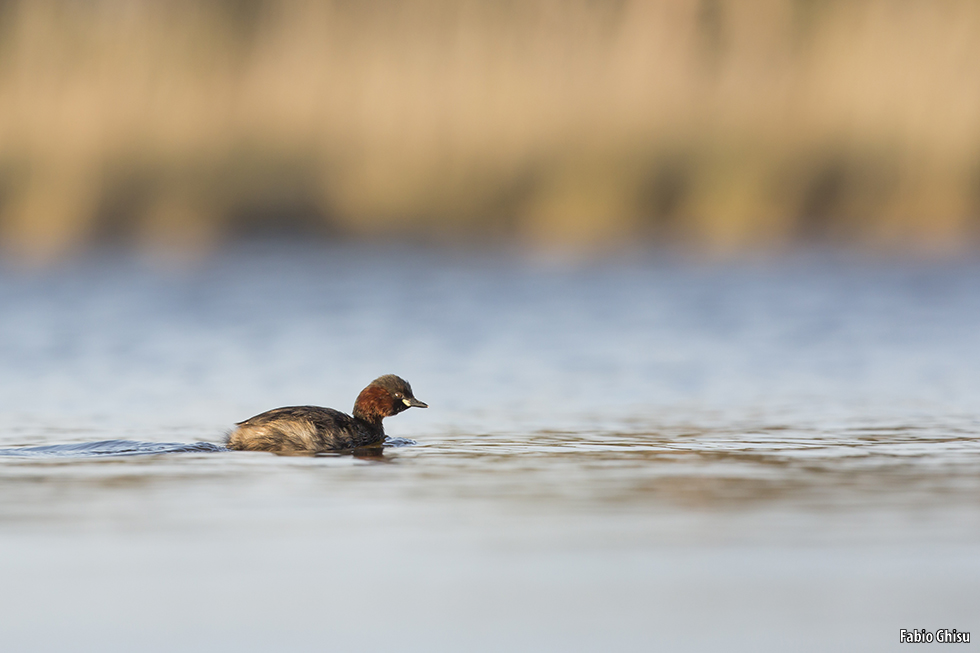 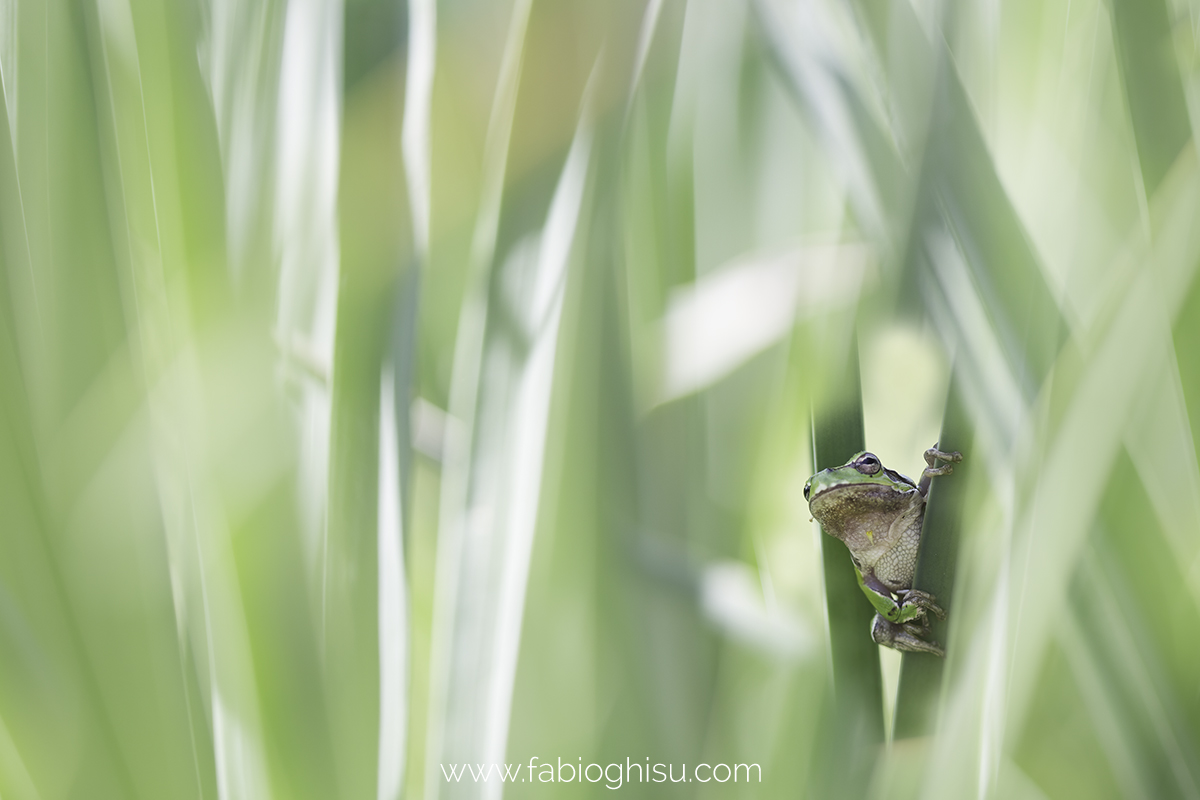 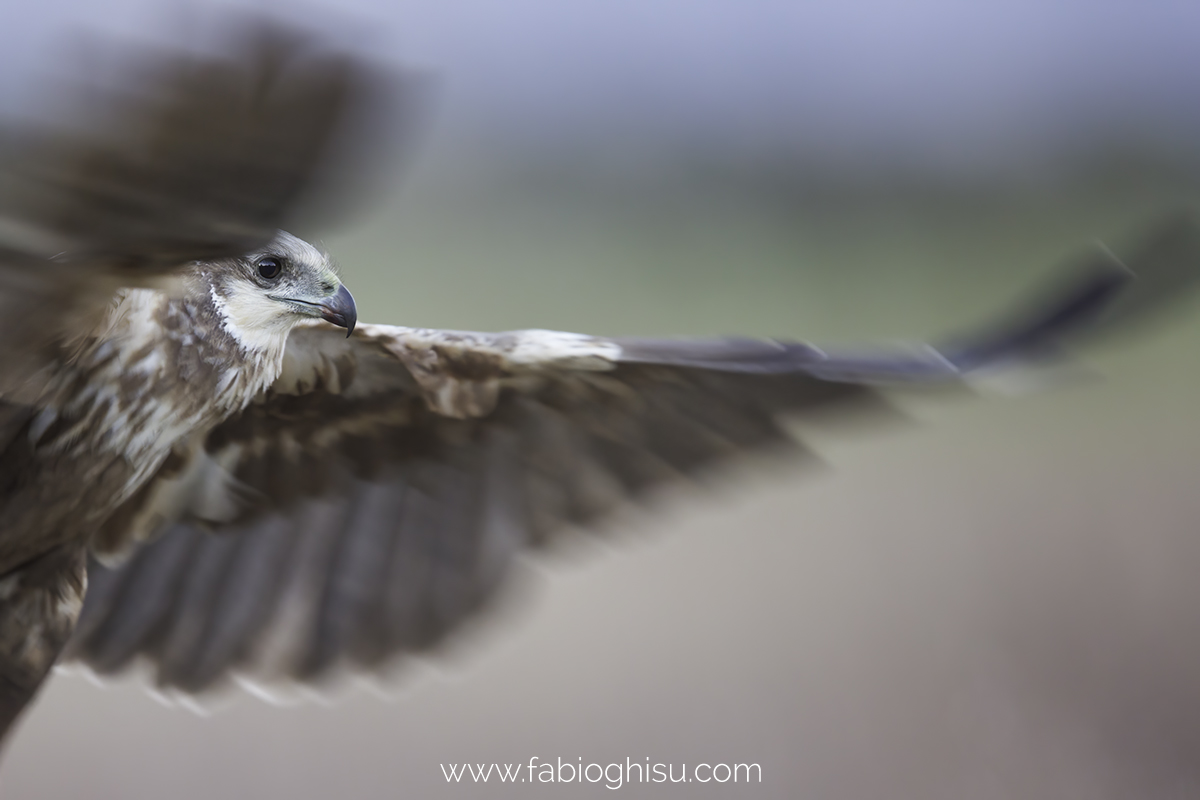 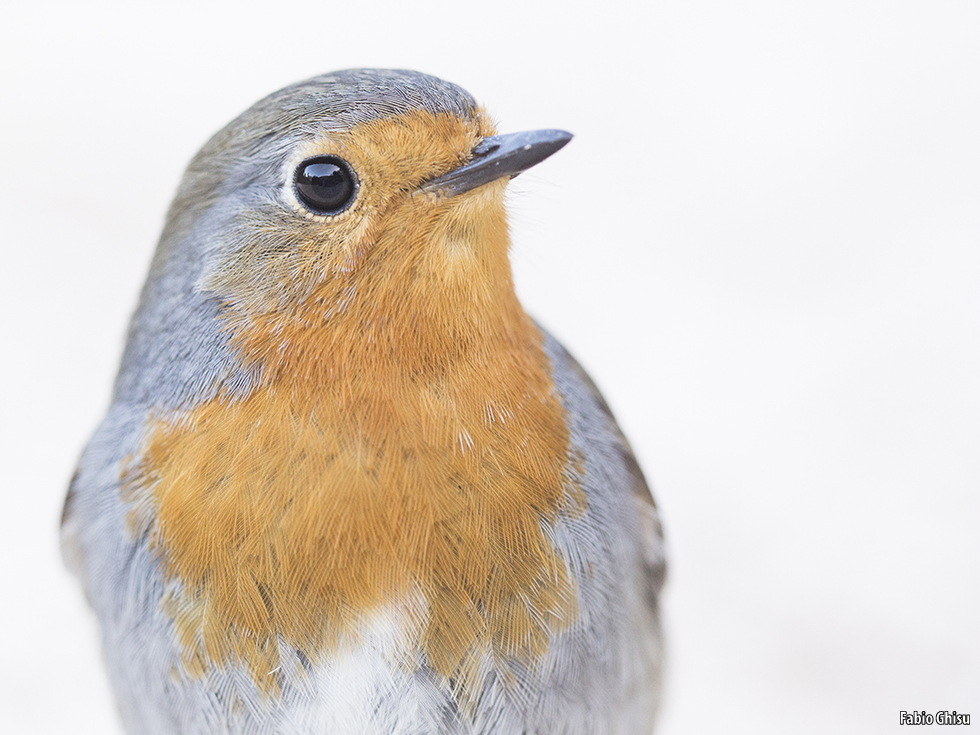 Robin
Erithacus rubecula | Sardenga | February 2019
An old British folk tale seeks to explain the robin's distinctive breast. Legend has it that when Jesus was dying on the cross, the robin, then simply brown in colour, flew to his side and sang into his ear in order to comfort him in his pain. The blood from his wounds stained the robin's breast, and thereafter all robins got the mark of Christ's blood upon them.
> Continue 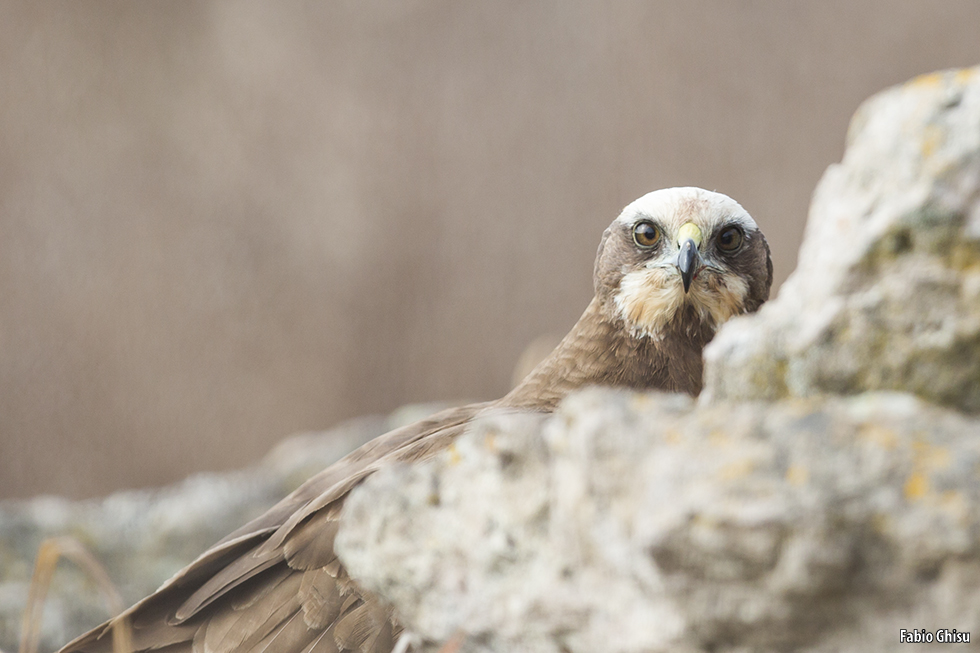 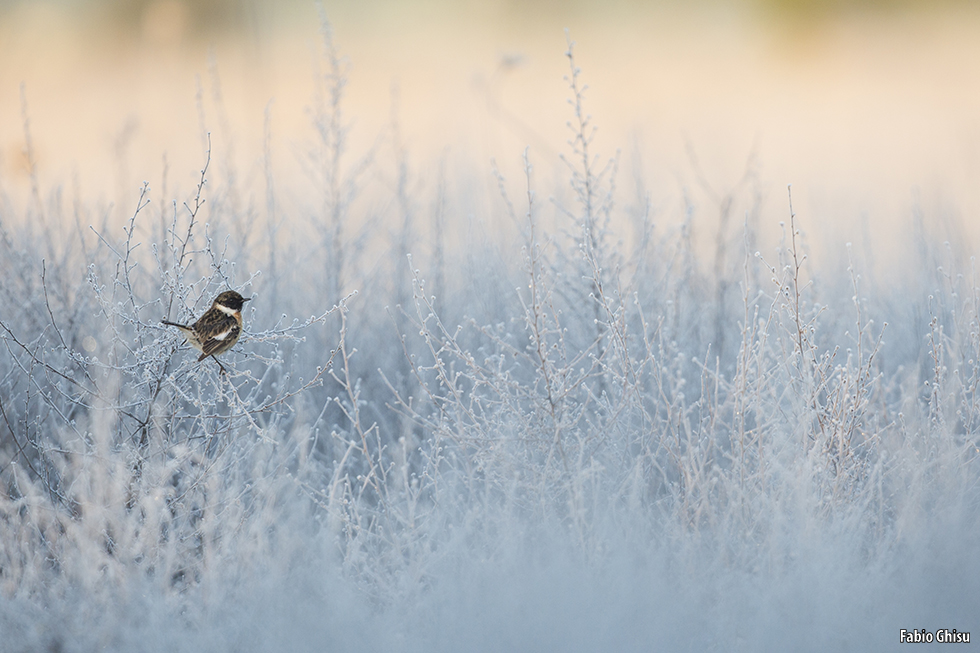 The stonechat
Saxicola torquatus | Sardegna | February 2019
From branch to branch the stonechat goes hunting. That is a male in the frozen grasslands of northern Sardinia.
> Continue 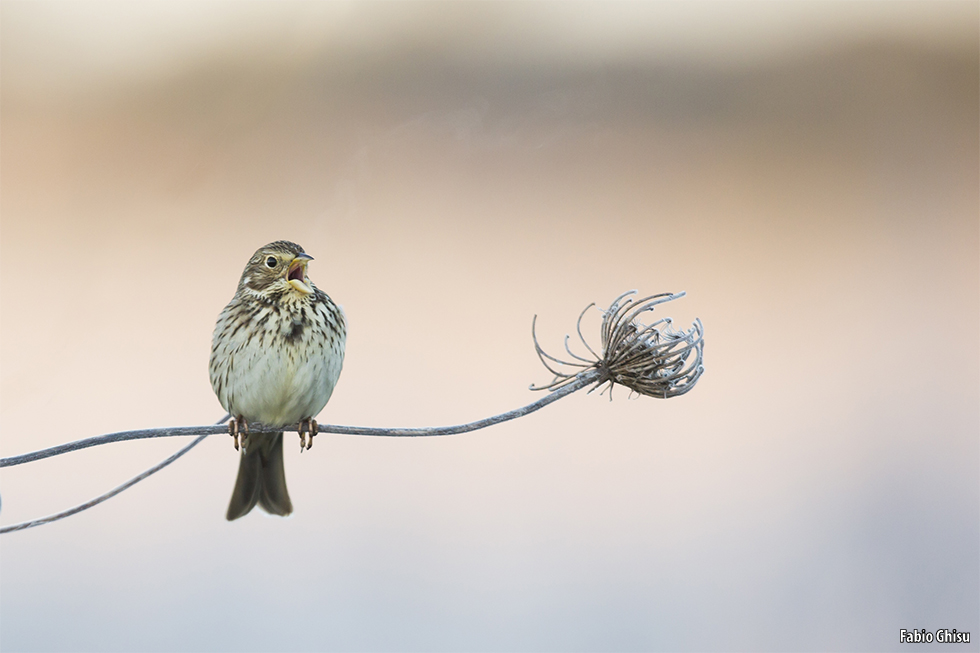 Corn bunting
Emberiza calandra | Sardegna | February 2019
The call of corn bunting (Emberiza calandra), the largest of the buntings, is the sound of the Sardinian prairies in every season, from spring to winter.
> Continue 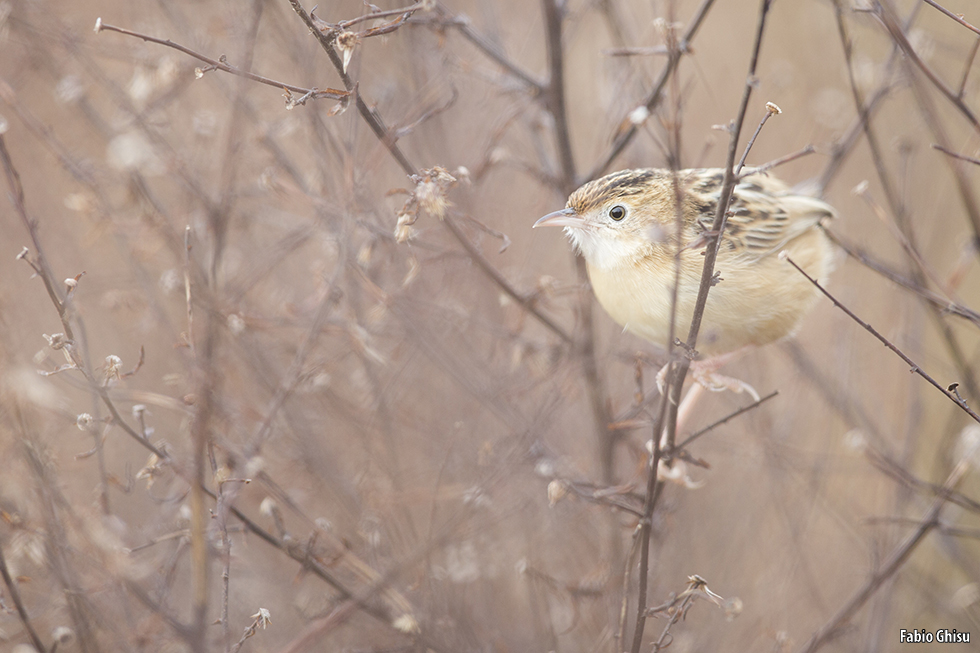 Zitting cisticola
Cisticola juncidis | Sardegna | February 2019
The zitting cisticola is a widely distributed Old World small bird found mainly in grasslands. The current genus name Cisticola is from Ancient Greek kisthos, "rock-rose", and Latin colere, "to dwell". The specific juncidis is also from Latin and is a diminutive of iuncus, reed"
> Continue 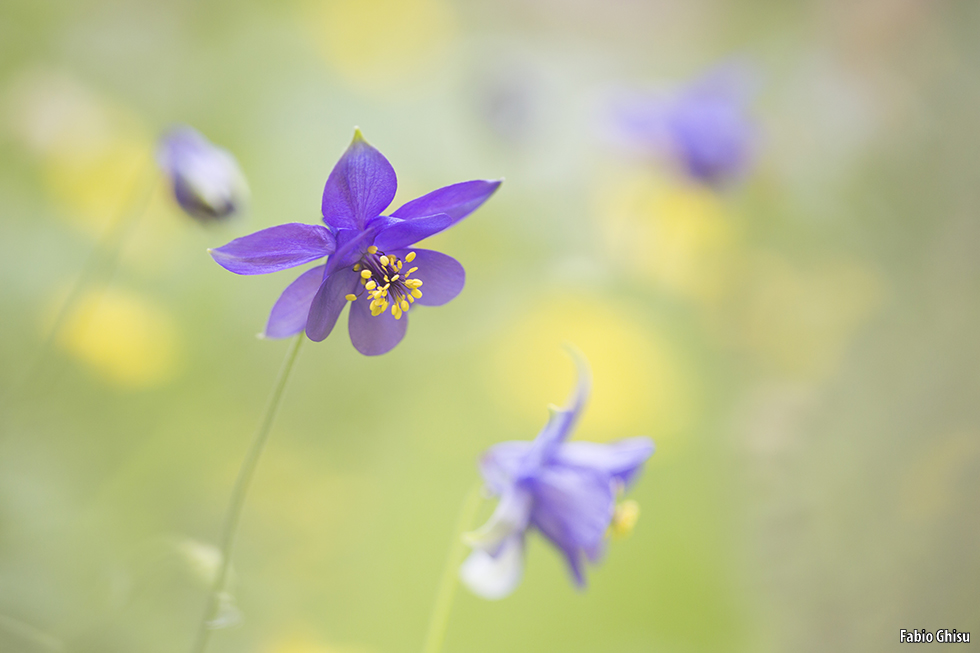 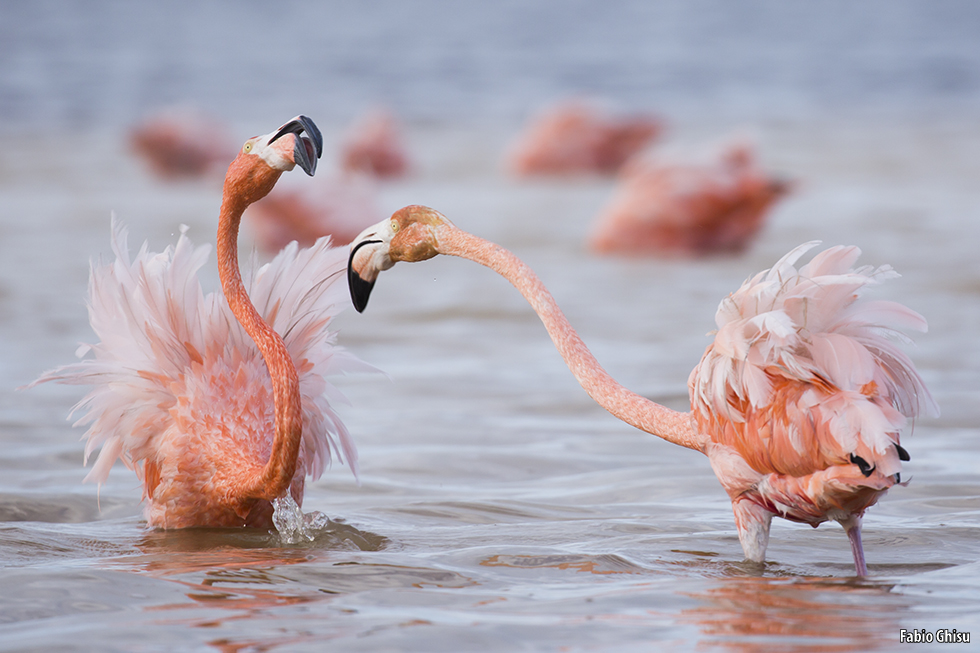 Competition
Phoenicopterus ruber | Reserva de la biosfera Ría Celestún, México | November 2018
Flamingos are very social birds; they live in colonies whose population can number in the thousands. These large colonies are believed to serve three purposes for the flamingos: avoiding predators, maximizing food intake, and using scarcely suitable nesting sites more efficiently. Nevertheless it is not difficult to see two of them fight to contend a partner or some food, and it is precisely on these occasions that they "swell" to look bigger! 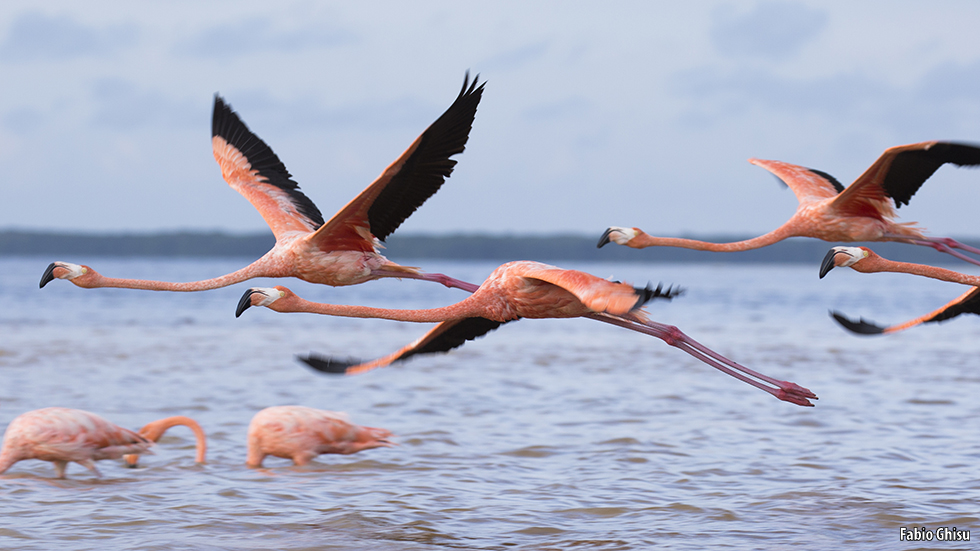 How do flamingos eat?
Phoenicopterus ruber | Ría Celestún, Yucatán, Mexico | November 2018
Flamingos filter-feed on brine shrimp and blue-green algae as well as larva, small insects, mollusks and crustaceans making them omnivores. Their bills are specially adapted to separate mud and silt from the food they eat, and are uniquely used upside-down. The filtering of food items is assisted by hairy structures called lamellae, which line the mandibles, and the large, rough-surfaced tongue.
> Continue 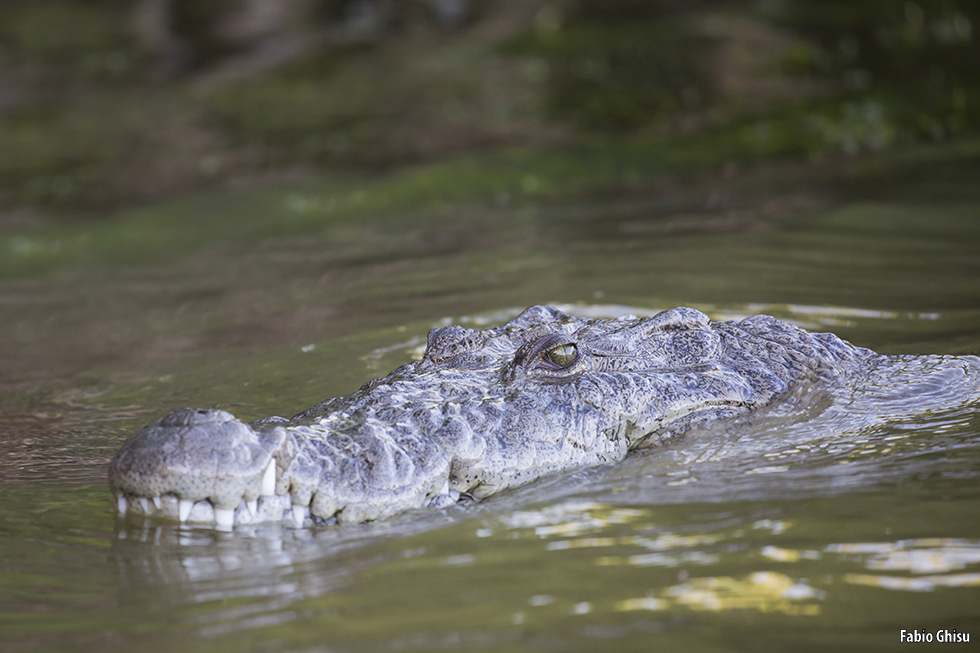 Mexican crocodile
Crocodylus moreletii | Río Lagartos, Mexico | November 2018
Rio Lagartos is a nature reserve in northern Yucatan. The name comes from the Spanish colonizers, mistaken both of the words Rio and Lagartos: in fact it is a huge estuary (ría in Spanish), not a river (rio), and the "lizards" that live there are not alligators (lagartos), but crocodiles.
The Mexican crocodile (Crocodylus moreletii) is distinguished from alligators by teeth. In fact, it has a perfectly aligned teeth. The fourth tooth on the lower jaw is visible when the mouth is closed because it is slightly larger than the rest of its teeth.
> Continue 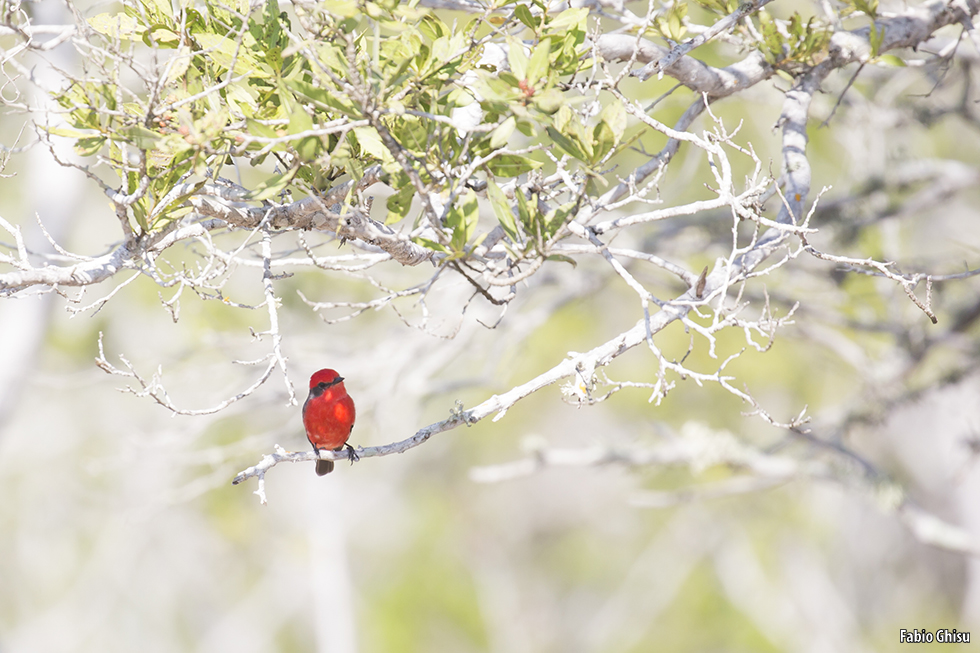